Did you ever have a character who wouldn’t leave you alone?

In other blogs, I’ve told you about Rachel from my Riverbend series. When I was prepping the first book for publication, she was the toughest character for me to get into. Until I interviewed her and I discovered her snarky, feisty drive for independence. She remains one of the most fascinating characters in the series.

I finished the third book with a sense of satisfaction. With Michael Archer’s return to his childhood home, the saga was complete. All the story threads were neatly tied up.

So I moved on to other stories, other characters. And the Riverbend characters were content to remain between the covers of their books.

Or so I thought…

A short while ago, I was looking for an idea for a new story. I had started some projects, but they fizzled out like a wet fuse on a firecracker.

Then there was a knock on the creative door in my brain. Rachel stood there, hands on hips, violet eyes flashing like a summer thunderstorm. “Remember me?” she said.

“I finished your story,” I said. 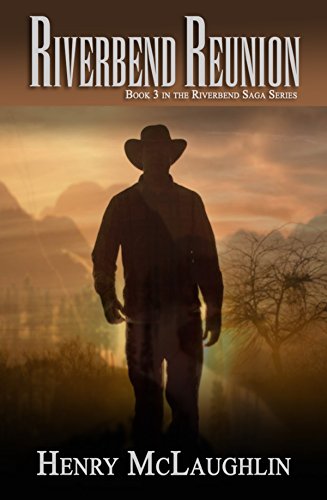 “Yeah.” In my mind, I was backing away and trying to find a way to close the door.

“You left me pregnant with Michael’s child.” She counted on her fingers and stroked her swollen tummy. “For three years! Don’t you think it’s time something was done about it?”

She rolled her eyes. “Men!” she said, giving the impression it was something she didn’t want to step in. “I think it’s time we had another talk.”

Murmurs rumbled behind her. I peeked over her shoulder. All the other characters were there, nodding in agreement.

I opened a new Word doc and Rachel described several story possibilities ranging from tragic to humorous with numerous subplots and twists.

When we finished, Rachel tapped me on the shoulder. “You may have another three books here. Let’s get to work.”

How do you handle the character who won’t go away?

2 Responses to The Character Who Won’t Leave You Alone